Wind poses dynamic characteristic and its speed changes constantly which affects the power generation through a Wind turbine continuously. To get a solution to this problem initially a Wind turbine Emulator for Wind Energy conversion system using a Separate Excited DC motor was built then it was mechanically coupled to the Synchronous Generator. The strategy control was implemented in simulation using Matlab/Simulink. The developed model provides a constant output torque despite the varying wind speed which ranges from the wind turbine “rated wind speed” up to the “cut-out wind speed” .It was achieved by maintaining the torque of the wind turbine to the set-point using Pitch angle control technique which comprises of an Integral controller and a switch .The output torque of the Wind turbine was fed to DC motor which rotates with a speed set as reference. Each cycle of simulation consisted of five input of varying wind speed .A constant output torque was obtained as against the torque set-point. The simulated results demonstrated the effectiveness as no fluctuations in speed of generator was observed. Thus, the load voltage and frequency remained constant at all permissible speed of the wind. 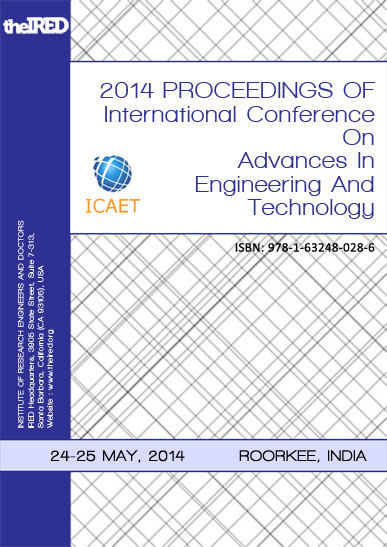