Impact of improved cassava varieties Cultivation on Farming households Welfare, the case of Farmers in in ondo state, Nigeria.

Improved cassava varieties (ICV) were developed with several objectives among which are: to increase Households income and reduce poverty, reduce Households food insecurity, increase production and reduce various agricultural risks. Adoption rate of improved cassava varieties has increased translating to increase in annual income and annual consumption expenditure of farmers thus increasing welfare in Nigeria. Despite this adoption and production level, cassava production in Nigeria is still characterized by low yields compared to other cassava growing regions of the world. Cassava production in Nigeria from 2003 to 2010 is at about 29 metric tonnes per hectare short of her potential capacity of 40 metric tonnes per hectare. This study assessed the impact of improved cassava varieties cultivation on farming Households welfare in Ondo State, Nigeria. The study specifically described the socio-economic characteristics of the respondents, identified the improved varieties mostly cultivated in the study area, assessed the impact of improved cassava varieties cultivation on poverty headcount and identified constraints militating against farmers in accessing improved cassava varieties in the study area. Multistage sampling procedure was employed to select 154 respondents for the study. Primary data were collected through the administration of a structured questionnaire. The analytical tools employed were descriptive statistics and Recursive Bivariate Probit (RBP) model. The results revealed that the respondents who were adopters and non-adopters were in their active age with a mean age of 43.50 years, some level of formal education and mainly male. The results also revealed various improved cassava varieties grown by the respondents in the study area and the least grown variety was vitamin A cassava. The results of Recursive Bivariate Probit model analysis for the impact of Improved Cassava Varieties (ICV) on the outcome variable of poverty headcount showed that the coefficients of household size and quantity of fertilizer used had significant positive effect on the poverty headcount of farmers in the study area. The study recommended that extension agents should be supported by both government and non-governmental organizations to visit the farmers regularly and orientate them about the use of input combinations that can therefore increase the farm output, thus their welfare. 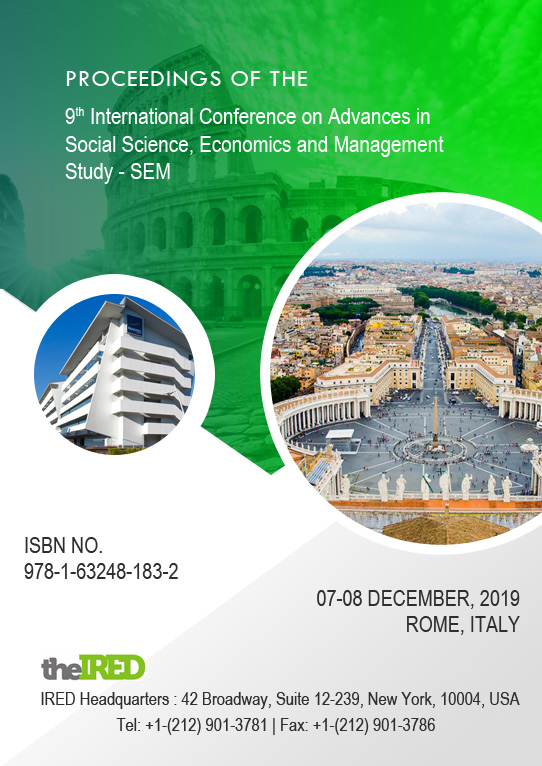